Where do I begin? Before I had left to go to America, I was cuddling our dog and kept telling him I loved him. Although his cataracts were getting worse and his hearing was quite tragic, it still didn’t stop me from saying it. I actually felt a bit hesitant to go on this trip because deep down inside I knew his health wasn’t getting any better.

Ever since he got on heart medication, his health started to deteriorate much quicker. It was good though, cause he only started medication when he was 15 years old. About 4 months ago, my fiancé and I made the decision to get another puppy for him as a play mate. She’s a maltese terrier x shih tzu and we’d hoped that it would have brought kelvani back to him old self. But I guess it didn’t work.. 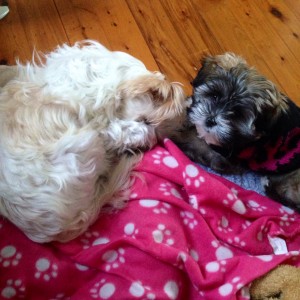 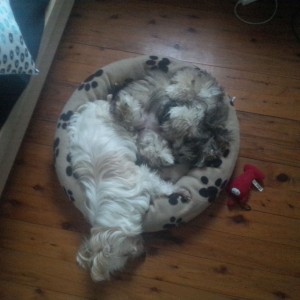 While I was overseas, I remember I was in bed that night after arriving that day to utah. I woke up because my sister had entered the room. She had just finished a Skype call with her husband. That’s when she broke it to me, Kelvin – our dog of almost 16 years, had passed away that day. My heart broke!! I could not believe what had happened. I know I got to say good bye to him, but I didn’t think it would be my final goodbye!

We’ve had Kelvin ever since I was 8 years old, I’m now 25! My sister and I have had him for more than half our lives and I clearly remember the night we actually took him home.

During my trip to America, I would burst out into tears and have moments to myself because a flash back of a moment with Kelvin made me laugh and then really miss him. The whole time I was overseas, he was on my mind and a part of me wanted to go home so I can actually see if for myself, but a part of me didn’t want to go hime because it would make it a bit more real.

I was right, when i normally get home, Kelvin normally greets us with his appreciation that we’re back and his crazy wagging tail but when I got home this time, it was silence… and I saw the beautiful box Kelvin’s ashes were in, and it sunk in again! He wasn’t here with us. At night, kelvin used to come and knock on our door so he could sleep with us. That night, it was silent. 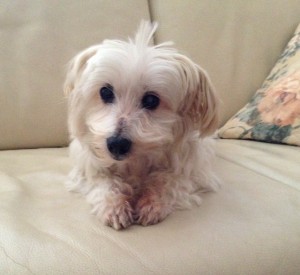 He was such a beautiful dog with such an amazing personality. His personality was so big and funny, that when I think back at him, he just makes me laugh.  He was awesome company to my family and he will be forever missed! xx

PLAN YOUR NEXT TRIP